COVID-19 UPDATE: We are still open and taking future reservations as normal.

The following itinerary was written by Gail Simmons for the Telegraph.

Begin your exploration of the medieval university city at its heart: cobbled Radcliffe Square. Admire the Radcliffe Camera – England’s first circular library – before exploring the university church of St. Mary the Virgin.

If your knees are up to it, climb the 124 steps to the top of the tower for a bird’s-eye view of the chessboard of quads and college buildings. Stop for a coffee (and a breather) in the Vaults & Garden cafe in the church’s crypt, before heading to the 15th-century Bodleian Library, which hosts special exhibitions throughout the year. 2015 saw the opening of the Bodleian’s striking new Weston Library in Broad St, its light-filled atrium a pleasant place for a coffee and cake. 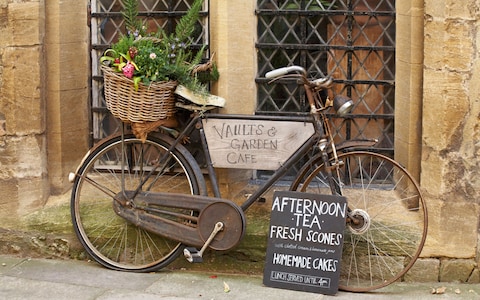 For lunch, follow in the footsteps of inspectors Morse and Lewis and slip into the tiny White Horse, squeezed between Blackwell’s buildings, for a hearty pub lunch and a pint.

New College is, despite its name, one of Oxford’s oldest colleges, and the atmospheric cloisters and gardens tucked against the medieval city wall give a good feel for college life. It’s open 11am-5pm mid-March to mid-October; 2pm-4pm mid-October to mid-March. 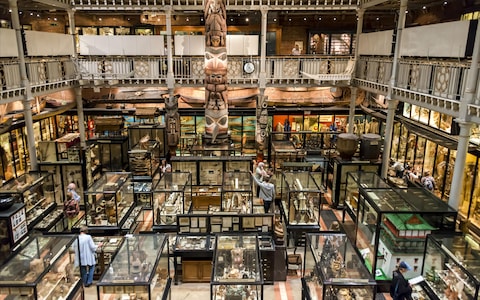 From here, head up to the University Pitt Rivers Museums, which have one of the most eclectic and eccentric collections of any museum in Britain, ranging from dinosaur skeletons to ethnic masks and shrunken human heads.

Head to Gee’s Restaurant which is housed in a Victorian conservatory on the Banbury Road. For the past 25 years it has been one of Oxford’s best and best-known restaurants.

If the weather is good, consider a walk out to Iffley village. From Carfax, Oxford’s ancient central crossroads, walk down St. Aldate’s and, just over Folly Bridge, turn left onto the Thames towpath. Head into Iffley, once a separate village but now one of Oxford’s most pleasant suburbs, with its important Norman church, meadows and stone-built houses.

Stop for a coffee (or early liquid lunch) at the family-friendly Price of Wales pub before catching a bus back down the Iffley Road to High Street. If the weather is poor, consider visiting the Bodleian Library exhibition instead. Head for the Rooftop Restaurant atthe Ashmolean, but before visiting its gleamingly revamped gallaries, climb (or take the lift) to the top floor for lunch at the new Ashmolean Dining Room, a glass-walled restaurant with an imaginative menu and views over Oxford’s rooftops to the green hills beyond.

Although the Ashmolean is England’s oldest public museum, old Oxford hands may not have visited since its £61 million refit in December 2009, and may not have seen the new galleries of Ancient Egypt and Nubia, which opened in late 2011. The restoration has doubled the display space and transformed the building’s interior into a light, free-flowing exhibition space linked by walkways with galleries. After tea at the grand old Randolph Hotel in Beaumont Street, head over to the Oxford Castle area. 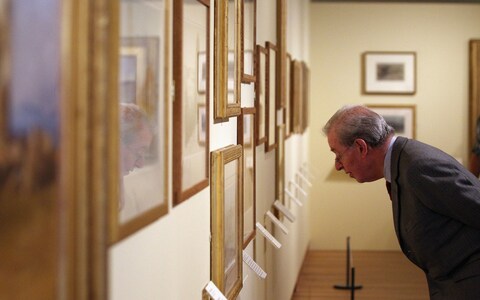 If you’ve not been to Oxford for a while, you may not have discovered Quod Brasserie & Bar, occupying the ground floor of the former Barclays Bank on High Street. This has now become the city’s most popular and stylish brasseries, with pizzas, salads, fish and meat dishes and daily specials briskly served by glamorous waiting staff. For old-timer’s sake, finish the day with a pint at the Bear Inn, Oxford’s oldest pub (6 Alfred Street, 01865 728164).

Luxury short term lets in the heart of Oxford

Scroll back to top